When I was heavy, I would dread the thought of going to the gym. Just thinking about it would make me break out in a sweat!

I would work out but would get nowhere. As I eventually discovered, weight loss is like 90 percent what food you eat and only like 10 percent exercise. 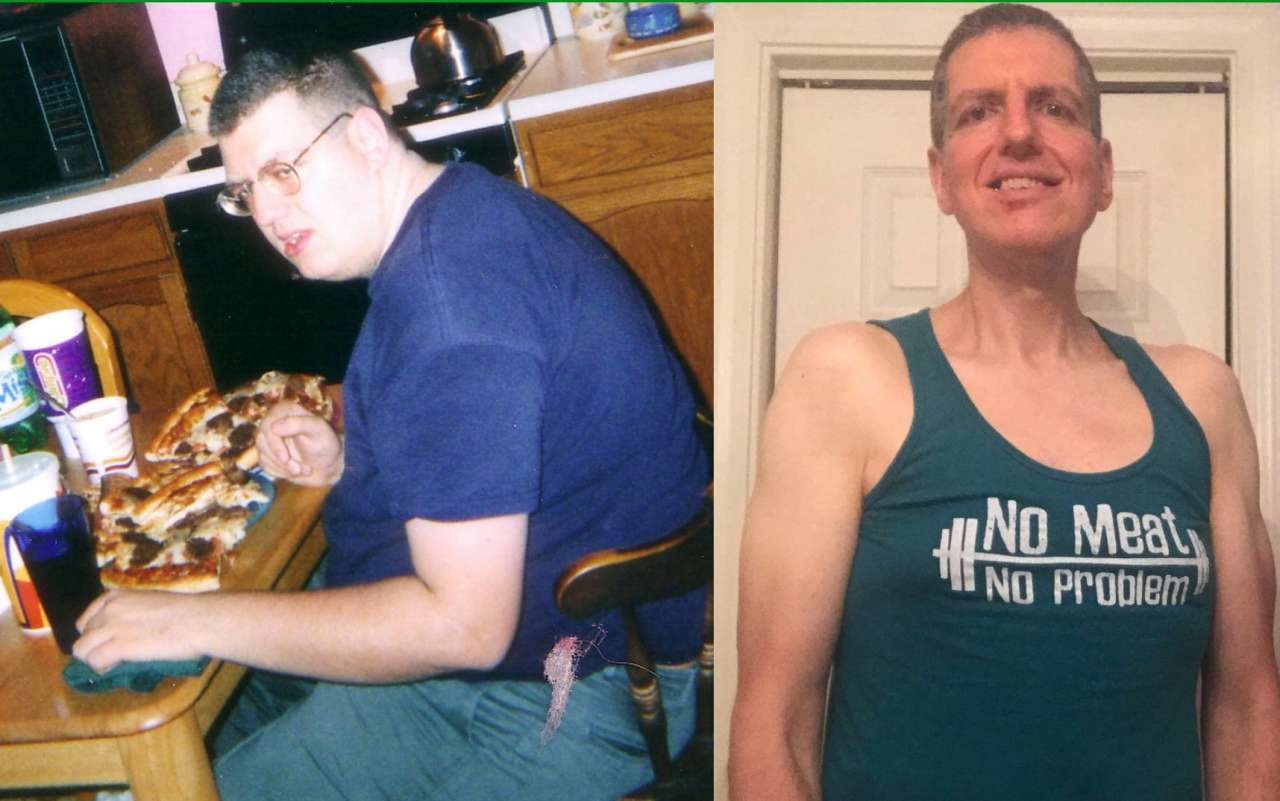 When I started my “diet” almost seven years ago, it wasn’t about the weight but about my health. That was the difference between this weight loss attempt and all the other diets I did previously. I never made a serious attempt that stuck until the lifestyle change I made.

When I think of how bad I ate over 7 years ago, I think in amazement how far I came since them. I would think nothing of chowing down on several Egg McMuffins or several burgers at McDonald’s. Today... I have no cravings for such foods. 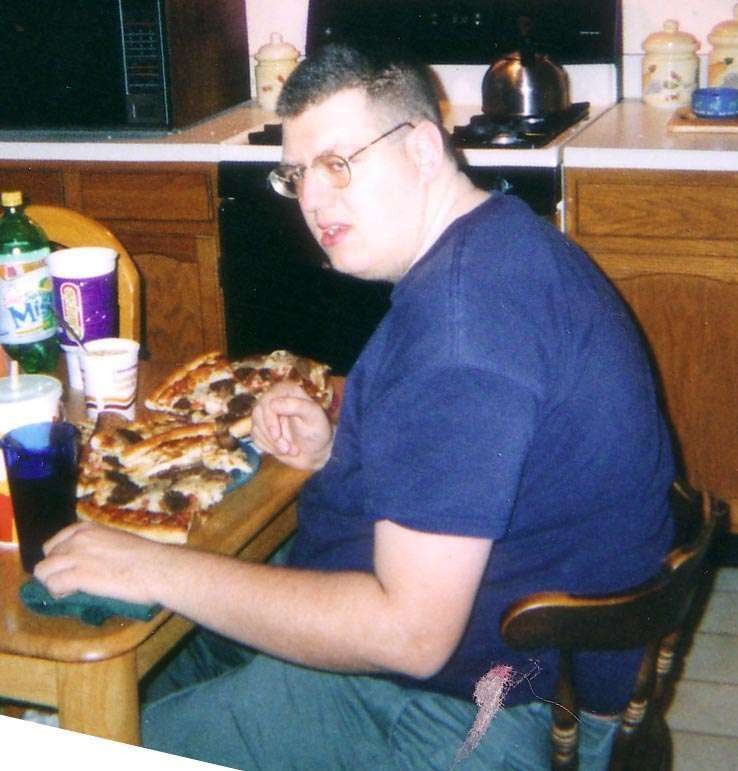 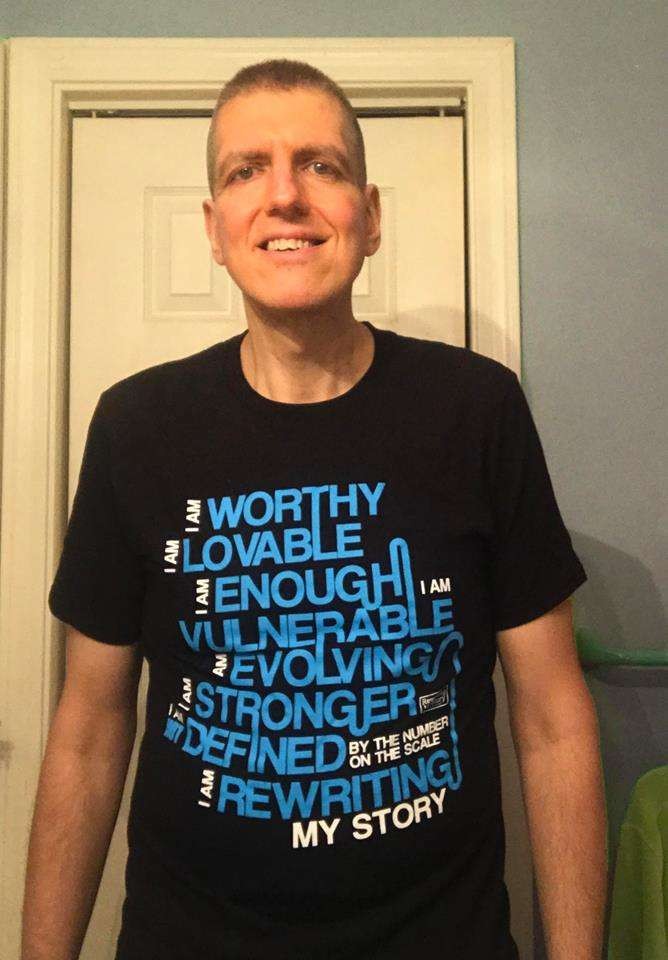 The Health Benefits of Being Plant Based Are Undeniable!

So much focus is centered on weight loss, I wanted to blog about the other reasons to go whole food plant based, that being the health benefits. There are a lot of amazing stories out there and I thought I would share my own personal experience eating this way for better health.

Before I lost the weight, I was on so many yo-yo diets but nothing ever worked. I was unhealthy with hypertension and most likely pre-diabetes. I was going down a path of being on meds like so many in my family. I did not want to be like my parents, constantly making sure I had all my medication with me, worrying about side effects, etc.

If There's One Thing I'm Happy About With The Loose Skin, It's This...

I did a consultation last week for an abdominoplasty. I am 90 percent sure I want to do the procedure, however this first doctor did not impress me. He didn't have any before or after pictures of past procedures. I also don't think he had any experience doing male abdominoplasties, based on his conversation. I've got five more consultations coming up in the next few weeks, with doctors that have great reviews. I look forward to hearing what they have to say.

I was thinking that there is one thing that was actually good about my loose abdominal skin... it pushed me to go plant based. I'm sure I would have eventually anyway, but my quest for a tighter belly led me to start eating as clean as I possibly could. My thinking was if anything could cure my skin, it would be the healthy veggies and fruit. 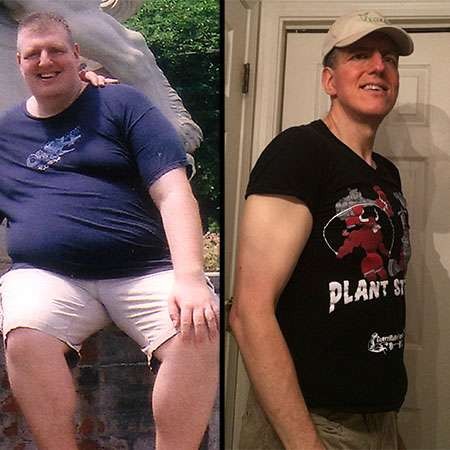 Ian Myers interviewed me recently, he's the owner of IM Wellness. He asked a question that really got me thinking... "what would I say to my former obese self, if I could go back in time and give advice". I especially thought about it after stumbling upon these pictures of myself, taken at a holiday party at work. This was taken during my transition. I had just started to get serious about losing weight but was not there yet. I was still well over 300 pounds.

I almost don't recognize that person, because I've come so far since then and I've learned so much. Back then, I had no idea what foods were healthy. I never thought about being vegan, never thought I would give up soda, and processed foods were my life. 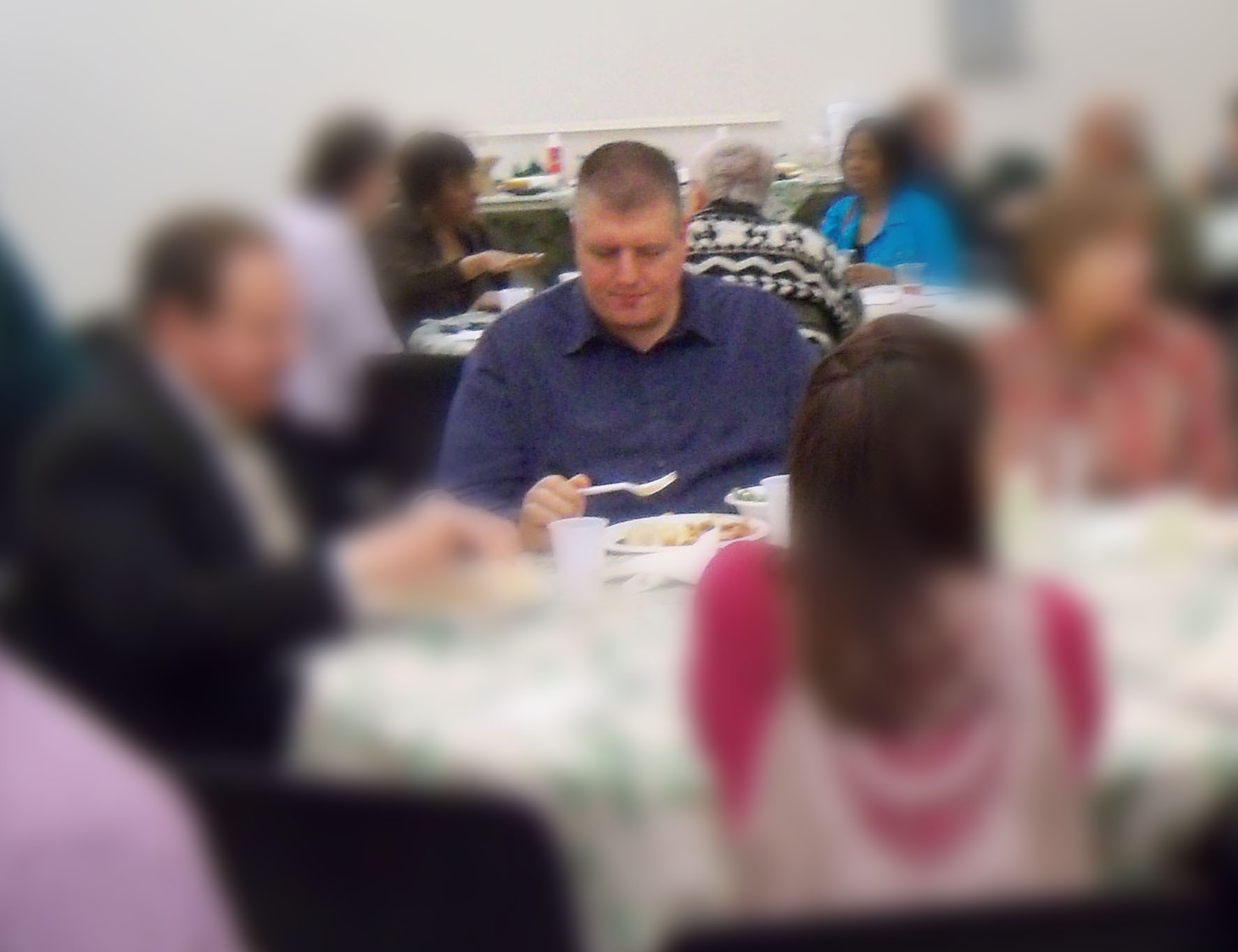 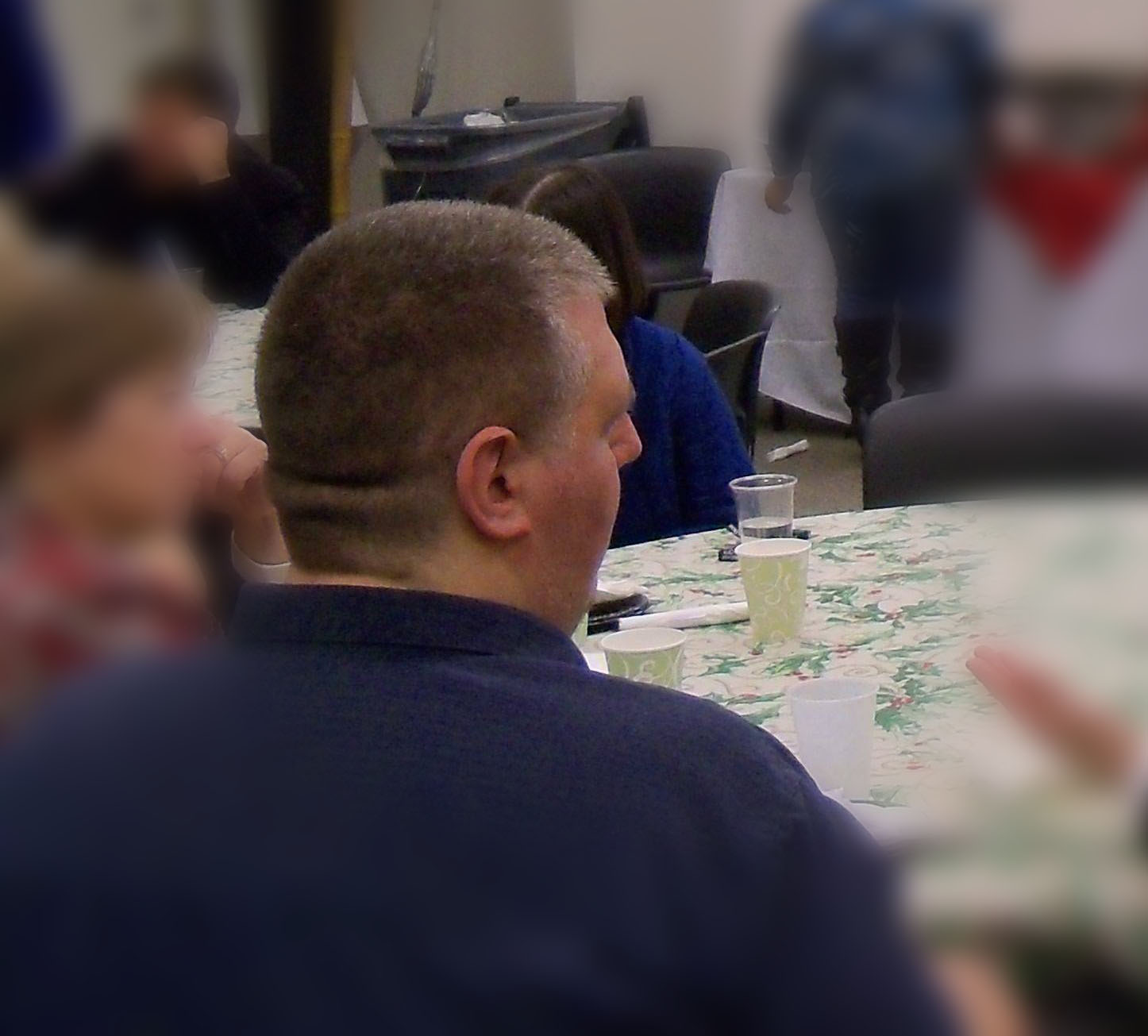