The Plant Based World Expo Was Amazing

This past weekend, I had the opportunity to go to the first ever Plant Based Word Conference & Expo in New York City. I’m so glad that I went because I learned so much and met so many people that I’ve admired since going plant based.

Dr. Scott Stoll started off the conference with a lesson on our food industry and the tactics the meat and processed food industry used so that consumers would keep buying their products. I learned a lot as it was interesting to see how we got to where we are now as a society.

Dr. Joel Khan followed Dr. Stoll. He also provided an excellent lecture, discussing how those who eat plant based can avoid heart disease and recover from the disease if they already have it.

Dr. Joel Fuhrman, who I have met several times already, didn’t disappoint with his lecture on food addiction. I learn something new every time I hear him speak. I’m sure the vegan junk food industry isn’t too crazy about what he was saying as he tells it like it is. Vegans can get unhealthy and sick if all they eat are vegan junk foods!

If you were looking for inspiration, look no further than Dr. Saray Stancic. This plant based doctor overcame her multiple sclerosis by adapting a whole food plant based diet, in the process she also got off all her meds. She has an amazing story and I highly recommend anyone wanting to get healthy to attend one of her lectures.

The second day brought more amazing doctors. It was awesome to meet such influential doctors in one spot. They truly are like rockstars of the plant based movement.

Dr. Garth Davis kicked off the lectures for day two with a lecture on protein addiction. I had read his “Proteinaholic” book previously and wanted to hear his presentation for some time now. He did an awesome job!

Right after Dr. Davis, another rockstar appeared... Dr. Dean Ornish. His presentation was great and I was amazed at the work he has done to save patients over the years.

The afternoon had what was, in my opinion, the highlights of the entire event. Dr. T. Colin Campbell and Dr. Michael Greger appeared back to back. The pioneer of the plant based movement, Dr. Campbell never fails to give an impressive speech. Dr. Greger was also amazing as compared the meat and dairy industries to the tobacco industry. He was so insightful and knowledgeable as he took questions from the audience.

They also had a panel at the end of the day with Dr. Ornish, Dr. Greger and Dr. Campbell. I did attend part of it, but I also wanted to hear Dr. Milton Mills, who was speaking at a conference for Switch For Good. I’ve admired his work since I first learned of him in the film “What the Health”. His talk about the reasons milk should be avoided and how animal proteins are making us sick were very well done. I highly recommend you attend one of his lectures if you ever get a chance.

My only problem with the event was that some of the events were held at the same time. For example, Forks Over Knives had a presentation going on that included my friend, fellow plant based runner Tim Kaufman. Tim lost over 200 pounds and became a runner. I really wanted to hear his speech but sadly, I missed it. Hopefully, next time around, the events will be better scheduled so that people don’t have to choose which lecture to attend.

Along the way, I also ran into some vegan bodybuilders. My Facebook friend Geoff Palmer, who owns Clean Machine, brought his vegan bodybuilding colleagues and they posed for a picture with me. Nimai Delgato, a bodybuilder who has never eaten meat in his life was also there.

All in all, it was the best plant based event I’ve attended thus far. It was incredible the amount of talent that was in the conference and I am so glad I went. 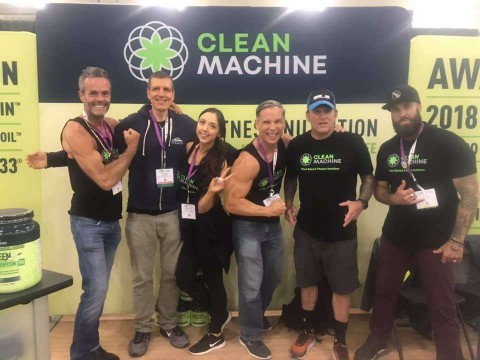 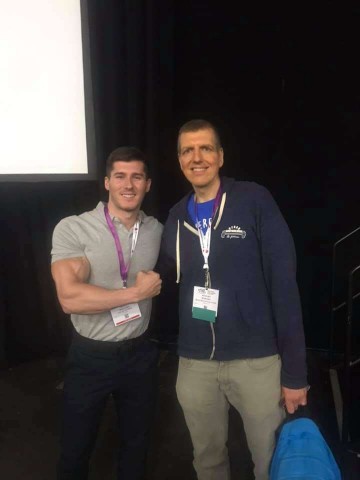 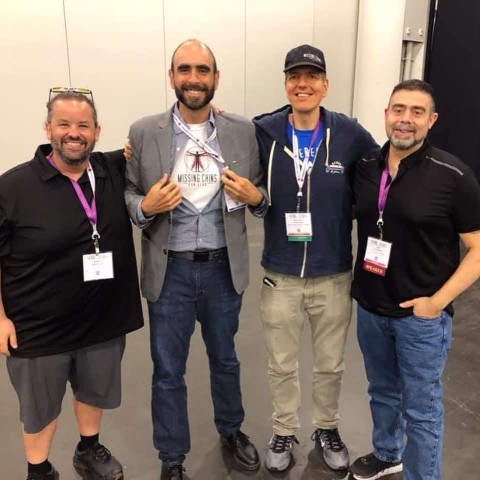 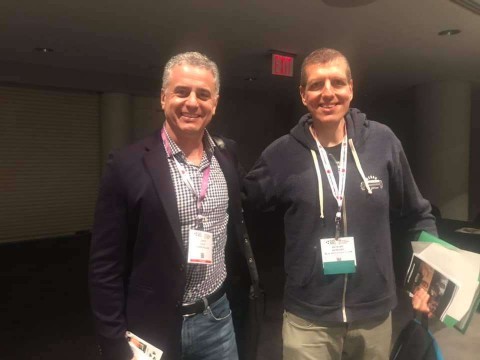 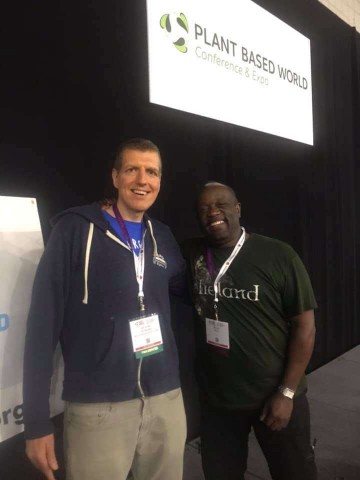 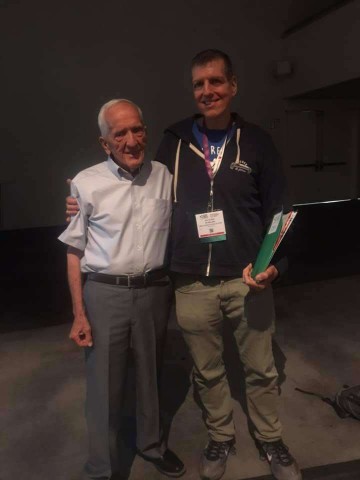 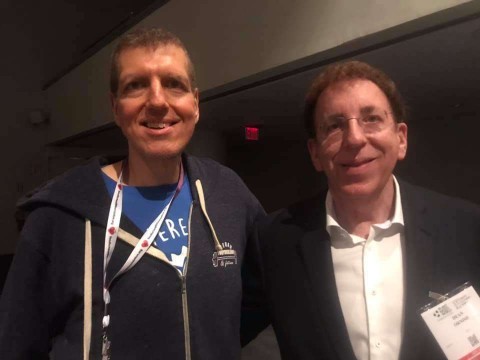 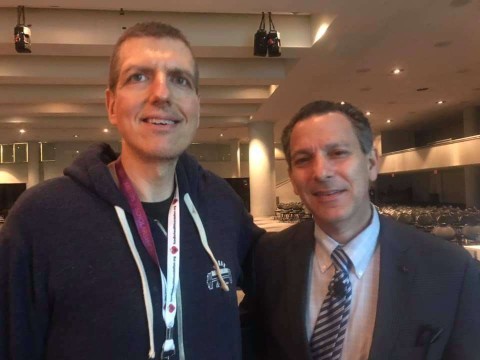 Tweet
Rich Is In The Muscle Building Phase Again
Plant Based World Conference & Expo is this week!

How To Be A Healthy Vegan - An Interview With Dr. Fuhrman

Vegetarian Vision Expo Was Well Worth It!