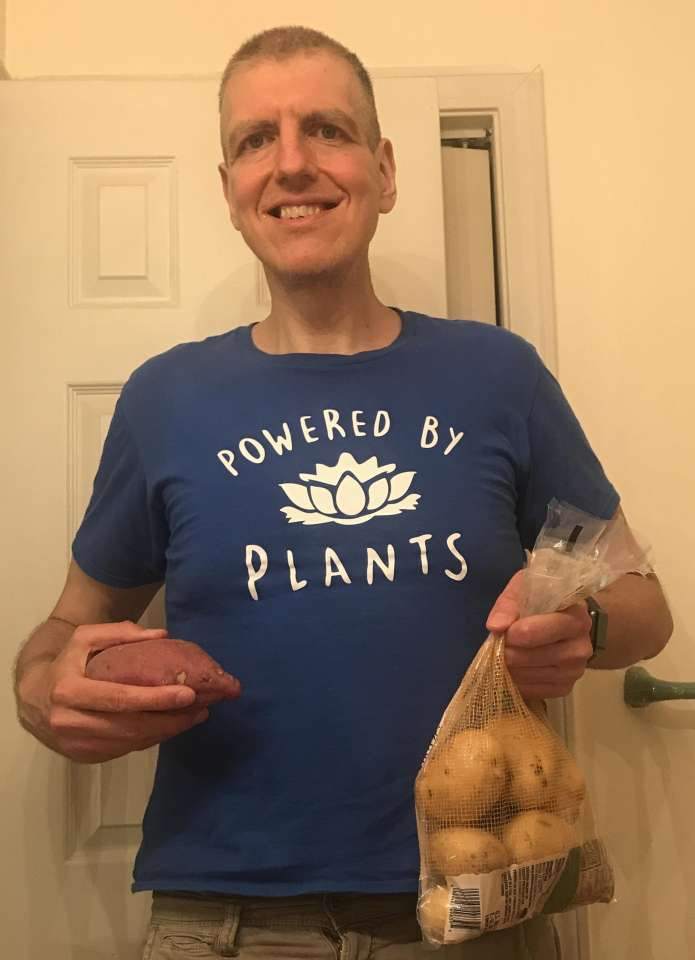 I was always interested in doing a potato challenge, ever since I heard my friend Andrew "Spud Fit" Taylor did one to get healthy. In the process, Andrew lost a total of 115 pounds. He also reversed the depression he was dealing with prior to his challenge.

I recently had the opportunity to talk with Andrew about his potato challenge. I learned why he did it and what it accomplished. The whole point of the potato challenge for Andrew was to take the thought out of food. It was a way to remove additions to food. Instead of having to think of what to eat everyday, he could focus on other areas of his life.

During this pandemic, a challenge like this could really help people. Instead of buying a bunch of groceries and worrying about certain items not in stock, one would only have to search for potatoes.

Potatoes have all the nutrients you need so you won't be depriving yourself. That being said, I am doing a modified version. I may be the first to do A Dr. Fuhrman GBOMBS style potato challenge. I will do this for the month of June. So here's how it will work:

For breakfast, I will most likely have some kind of boiled or baked potato. I'll top it with chia and flax seeds, like I would my usual oatmeal. I won't be having my usual nut butter on a corn quinoa thin cake. I will also incorporate berries on top of the potato.

For lunch, I'll have another potato or two. I might have a few greens, onions and mushrooms too.

For a snack, I will have some pumpkin seeds and sunflower seeds.

For dinner, you guessed it, more potatoes. I will have more greens.

If I need another snack, I'll have more berries.

You might be wondering why I'm including Dr. Fuhrman's foods in the challenge. Well, I've been eating the foods he's suggested since 2012 and got healthy eating that way. I just want to mix my diet a little, cut down on the nut butters for a while as I tend to overdo it with those foods.

I also want to prove the health benefits of potatoes. This is a food that gets a bad rep for it's high sugar content. But these foods can actually reverse diabetes.

In addition, the extra carbs from the potatoes will give me extra energy. This wil help with my running, as I train for my half marathon in September (if it still happens).

Tweet
Potato Challenge Complete! Here’s What I Learned.....
Plant Based Eating: Everything you need to know wi...