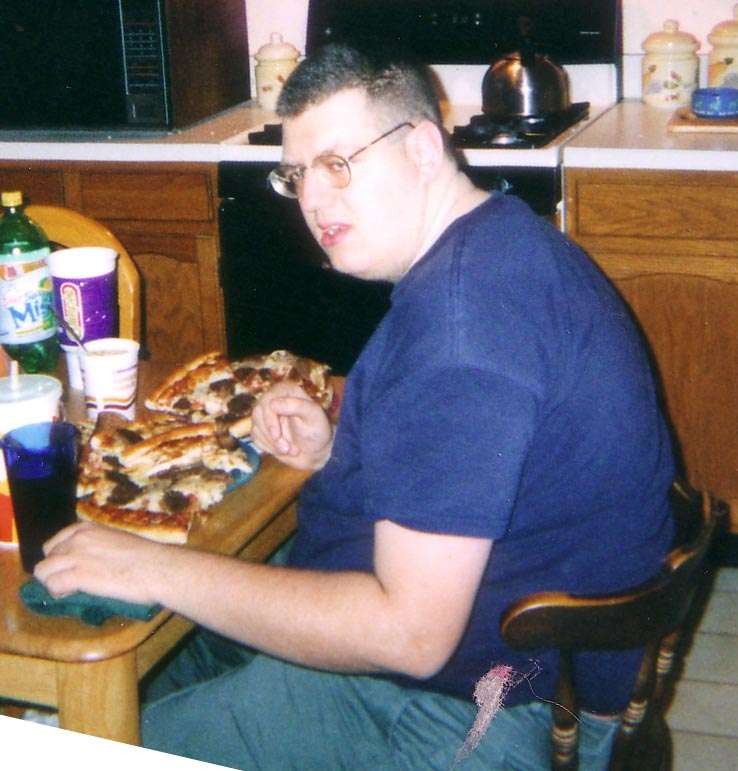 Look at this picture. I'm embarrassed of it. I don't know when it was taken but it had to be over six years ago, as I reached my lowest weight in Dec. of 2012. I almost didn't want to share this photo as I can't believe how I ate back then.

I thought of this photo because when I was at the gym today, the channel happened to be set to the Coney Island Hot Dog Eating contest. This is especially troublesome for me to watch. I know I overindulged in the past and never felt good about it. I never ate 75 hot dogs but still it was a repulsive amount of food.

As you can tell from the picture, there's a lot of food there. There was a few other people there but still, the majority of food on my side of the table was most likely for me. I only share this because if someone else eats like this, know that it is possible to change.

It amazes me how a simple diagnosis and prescription of hypertensive medication can cause so much change in a person. It amazes me how far I came since this picture. The guy in the picture never realized he could change. He was depressed, not happy how he looked but was trapped in a very S.A.D. way of eating.

You can't out exercise a bad diet and this picture is proof. I did do the treadmill (although admittedly not working up much sweat) but the amount of calories I consumed was way, way, way more than what I exercised.

The man in the picture was pre-diabetic... he had to be. But he made changes so that by the time the doctor took the lab work for the physical, he got his blood sugar back to normal. Whenever I look at symptoms of pre-diabetes, I had so many of the symptoms.

Do you think the guy in the picture liked vegetables? He did, but certainly didn't eat much of them.

Now, the guy in the picture below is whole food plant based, for 22 months. If he over indulges, it's with healthy foods. He has a big appetite, but it's tough to gain weight when you eat lots of greens.

The two different photos might both be of me, but I barely recognize the first picture of me, as I came so far.

I am so grateful to have become a healthy eater and an athlete. I never imagined I would be on this journey... and never, ever thought I would be vegan! Definitely no regrets about that decision! 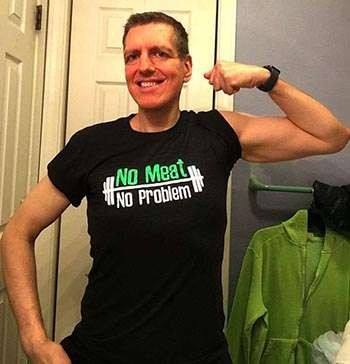 Tweet
Clean Eating and What It Means To Me
Why'd I Wait So Long?

MY NEW FAVORITE ITEM THAT I NOW HAVE IN EVERY ROOM OF MY HOUSE IS...

Here's What I Ate During the 7 Day Vegan Challenge

It's Been 3 Years Since I Lost The Weight

Nutritarin... A Healthy Way To Lose Weight And Keep It Off!