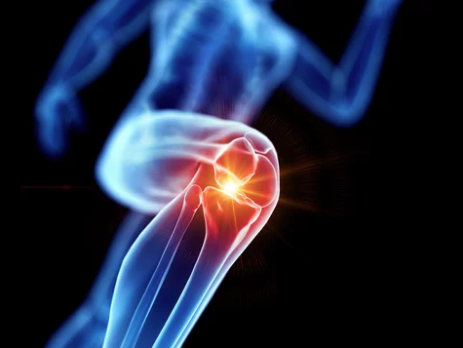 As many of you might remember, I had a knee injury during the last couple years. I can say that it’s finally healed! It may never be perfect, but that doesn’t mean I can’t resume my normal activity, which I’ve already been doing for months.

I had chronic swelling on and off for a year. I had to wear a wrap on my knee to control the swelling. No matter what I did, if I took the wrap off my knee, it would swell. I wasn’t in pain... the only pain I really had was the day that started it all, when I had to go by ambulance to the ER a few years ago because of excruciating pain in the knee. It was the same day that I had completed a 5K race.

I saw a few orthopedists at the time and they just ordered physical therapy. They never gave me cortisone, for one thing, I wasn’t in chronic pain, and for another, I would refuse. I did not want something that could eventually break down cartilage. I know some people who got cortisone and their knees ended up worse after the medication wore off. That was not for me.

So I did my research. I turned to the internet, the same thing I did when I switched to a plant based diet 10 years ago. I found a doctor in my home state of Connecticut that did alternative treatments. His name was Dr. Daniel Southern and he made a huge impact on getting me better!

One of the treatments Dr. Southern provides is Platelet Rich Plasma (PRP). This is a procedure where the doctor injects plasma, which is processed in a machine from your own blood, directly into the knee. The plasma is used to help the knee recover naturally.

I did an MRI and the doctor figured out what was wrong. I had a college injury, where my knee went completely backwards. I thought I had completely healed, but the injury showed up after I increased my activity. My knee cap was moving around too much, not staying in place as I would run or do physical activity.

Dr. Southern recommended the PRP treatment. I decided to give it a try, as the physical therapist I had, told me he heard good things about it and that it helped another of his clients. I went to the appointment with a lot of anxiety but also confidence that it could be the answer. The technician drew the blood from my left arm. It seemed to take forever as she took a lot of blood. It seemed like several tubes.

One thing I remember them commenting about was how healthy my blood looked, not the thick blood that they typically see from those that eat the Standard American Diet. The doctor told me I should have been in chronic pain. Most likely the reason I wasn’t in pain was due to my clean plant based diet. I wasn’t causing further inflammation to my joints by what I was eating.

After the injection, I could not ice the knee for a few months. I had been icing the knee for months prior to this to control the swelling. But in this case, the swelling is encouraged as it is part of the healing process. I continued with therapy and it really became noticeable that the swelling was going away.

Then, it started to swell again. The doctor told me some people need multiple treatments before it completely heals. I was on board... I noticed the improvement after the first session and fully trusted him. So my knee was going even longer without any swelling. After a third treatment, my knee was “healed”. I put it in quotes as I know it will never be completely healed but this is something that will keep my knee healthy and if issues come up, I have the knowledge on what will stop the knee from getting in bad shape again.

But my knee has not been swollen even once since the last procedure and it’s been at least 6 to 8 months. Two out of the three treatments he gave me were a glucose solution as opposed to my own plasma as he said it would save money. All I know is, it worked! I thank my physical therapists, my doctor and everyone involved in my treatment.

I was always active, even with the swelling. No matter what, I had to get my 10,000 steps a day. But now, I'm back to activities like the treadmill, elliptical and stair stepper. I will gradually ease into running too, as there’s really no limitations. I might have to tape my knee or wear a brace if I do longer runs, but it’s worth it to feel good and stay active.

I think my knee would not be as good as it is had it not been for my whole food plant based diet, and had it not been for the PRP treatment and awesome physical therapists. My advice to those dealing with knee issues, don’t be afraid of alternative treatments and do your homework. Eat plant based, it will keep inflammation down. Also, keep a positive attitude because you can get better!

More posts from author
Saturday, January 29, 2022 High Cholesterol Can Be Reversed Without Meds
Saturday, January 08, 2022 10 Years Since My Life Changing Physical
Saturday, December 18, 2021 Eating Healthy Without Even Knowing It