Eating Plant Based When With Omnivores 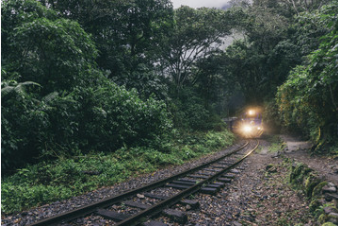 I went on vacation last week, to visit my dad and step mom. It was a long trip as I went by train and they live in Virginia, near North Carolina. Not only did I have to find ways to eat healthy, I also wanted to ensure I still got some exercise in.

I went by train as I thought it would be the easiest. I figured I could get up and move every hour. The only trouble is, the train was very late arriving in my destination. What could have been an 8 hour excursion turned into 9 hours.

I made sure I got some exercise in at the Vanderbilt YMCA in New York City prior to boarding the Amtrak. I had about 2 hours before the train would leave, so I timed my workout to do about 45 minutes. I didn't do cardio as I was walking and running the streets of NYC to make it to the train station on time.

Having a desk job at work, I try to stand at least one minute for every hour for 12 hours, courtesy of the Apple Watch. I carried this same routine to the train. Who wants to sit for 6, 7 hours straight? Not me!

i finally made it to my destination and my dad drove me to his house. It was midnight and it was a long day. I ate lots of healthy foods on the train, from apples to nuts and seeds to salad. You have to plan ahead.

it’s always a challenge to each healthy when staying with others who do not, but I made it work for me. I bought some of my own groceries like nuts and seeds and some fruit I didn't have access to. My step mom did buy some berries and some salad greens so I was good there. She did say she never saw so much salad in her life! As you probably know, I do eat more salad than most!

My step mom inquired how I prepare my food. When I told her I avoid oil, her mouth dropped open in disbelief. She thought I was insane. I tried to explain that it was just empty calories but she did not get it. I'm not trying to turn her or my dad into a whole food plant based lifestyle but I do try to educate when I can. They both are on so many meds, I know this diet would help them in so many ways... but there's only so much you can do.

I did have a little olive oil when my step mom prepared cauliflower. She had already prepared it so I didn't have a choice. However, being a strict vegan, I wouldn't have eaten it if there were animal products in there. At least I'm grateful for the fact that she didn't use any kind of dairy in the foods she prepared for me.

I also want to make sure I stay active. I was not able to make the gym, and I also wasn't able to get many steps in during the day, as my dad drove around a lot. I ended up jogging in place and walking around my room to get the 5 miles I do daily. I was able to close the move, exercise and standing rings on my Apple Watch every day that I was there, but it wasn't easy.

I took the train from NY to VA. For those who don't know, it's a long train ride. What was supposed to be an 8 hour ride turned into 9. The ride home was even worse, close to a 10 hour ride. I don't want to just sit, so at least I was able to get up and move around. Sadly, I was reminded about why it's important to take care of yourself. I saw some morbidly obese guys on the train. One was on oxygen. It was a reminder of how far I have come. I would have done what they did if this were 7 years ago. I would not get up for several hours a day.

By the time I got to New York City, I had to walk to get to Grand Central. I thought, I need the exercise so I decided to skip the subway. Of course, it started pouring rain in the middle of my walk. I was soaked by the time I made my destination.

My point of writing this is that I want others to know that it is possible to eat healthy and exercise, even when you have no access to a gym and limited access to healthy foods. It might take some creativity, but it can be done!

Tweet
One Year Since My Abdominoplasty
Running For Health Not Speed