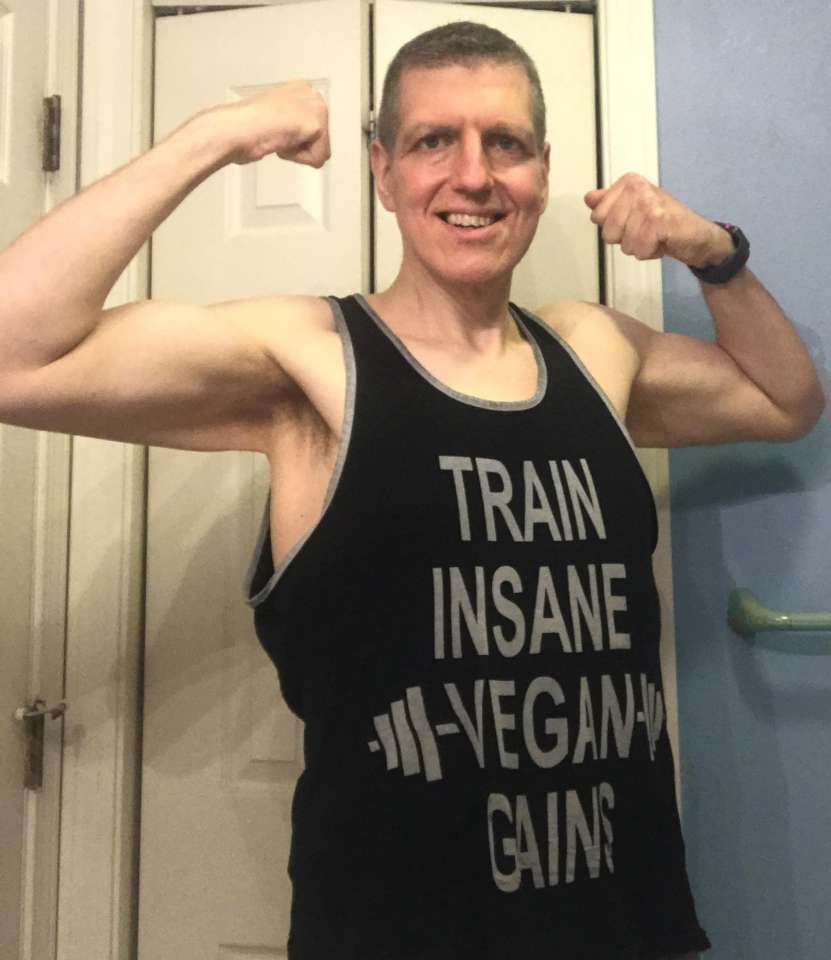 I lost weight and a lot of people know about it. But what is more significant in my eyes is my transition to 100 percent plant based eating. I could have done my yo-yo dieting that I did in the past but that would have been only a temporary fix. What I wanted was something that would improve my blood pressure without needing medication and avoid diabetes. After a lot of research, I realized that plant based eating was the way to go.

So what did being plant based do for me? Take a look at some of these significant items:

1. I lost 150 pounds. Although the weight loss is a nice side note to all the benefits, that was the most obvious difference when people saw me.

2. I successfully reversed my hypertension. My readings were like 140 over 100 or more at the doctors back in 2012. Some of my most recent readings average 110/60 or 70. This is important to me because I did nt want to take medication, and I avoided it by switching to a whole food plant based diet.

3. I probably was pre-diabetic. Although I was never formally diagnosed with it, I know I had a lot of the symptoms. I remember especially the neuropathy in my feet. It would be so painful when I drove. Even just sitting at the desk would trigger it. Once I got healthy, the neuropathy went away!

4. My energy level increased so much that now I'm able to run. When I was heavy, I could barely make it up the stairs. Who'd ever think someone like that could now be doing races? I never would have thought I could do it 7 years ago!

5. I also became a vegan in the process. What was for health has also become a passion to help the animals. Now I won't use any animal products, at least to my knowledge. I feel good knowing that I'm not part of the problem when people talk about the environment. I love helping others transition to being vegan and plant based now.

these are just a handful of benefits to switching to plant based eating. Yes, it's scary at first giving up the foods you like but the cravings go away. I truly love the foods I eat now and would never want to go back to my old way of eating.

Tweet
The Why That Keeps Me Going
An Interview With Brooklyn Borough President Eric ...