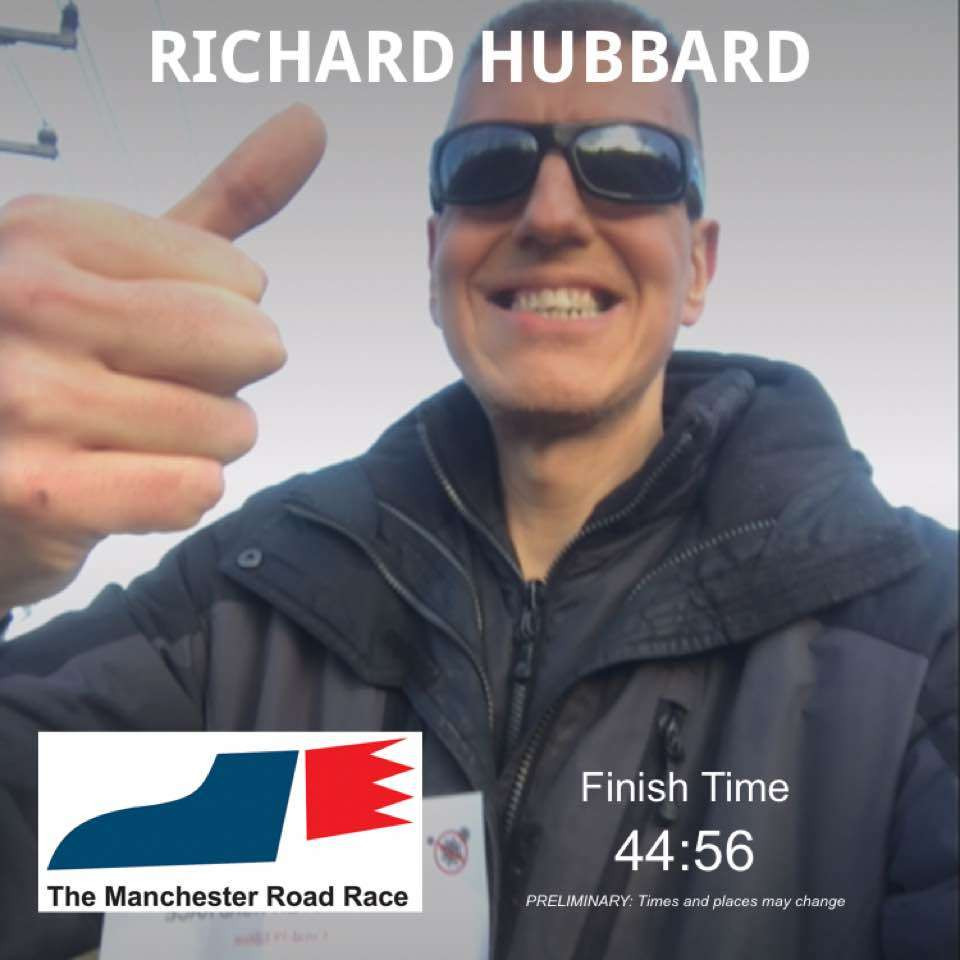 Last year, I did the Manchester Road Race for the first time. This race is well known internationally and gets thousands of participants on Thanksgiving Day.

I didn't do as well as I could have last year. I came in at 50:55. My knee was bothering me that day. I really shouldn't have run. I completed the race and by the time I got home, my knee was hot and swollen. Eventually, it got to the point that I couldn't put any weight on it. It was also gradually getting more painful, to the point it was excruciating. I ended up calling the ambulance to go to the ER.

The doctor drained my knee and gave me crutches. By day 2, I didn't need the crutches. I still had the knee pain but was able to get around by limping. I began physical therapy and it changed my life! I learned my hamstrings were very tight and that I should have been doing stretching exercises before doing any run. After a few months, my knee was perfect... I can't say enough good things about physical therapy.

This year, I had something to prove. I wanted to do a better time. I wanted to prove how well my knee is doing. When I heard that Manchester was going on with the virtual race, I just knew I had to sign up!

They give you a choice what day to run during the week. I chose today as it was sunny and cool. It was a different experience as there were no crowds.

A few drivers went by and beeped their horns in support of the race, so that was awesome! It's not quite the same though without the crowds. I loved it last year when the public would yell “go vegan”!

I feel proud that I came in at 44:56. It may not be the best timing, but it's an improvement. For some reason, running outside slows me down. I don’t know whether it's the traffic, tthe wind, or what, but I get faster times on the treadmill. But I’m working on it. I improved by 6 minutes from last year. I keep practiicing and I don’t give up.

I haven’t been to the gym for about a month or so now. It has given me the opportunity to do more running outside. As it gets colder though, I’ll have to do more cardio at home. It will be so nice when the pandemic is under control and I can safely go back to the gym.