Today, I had a physical, the first one since going completely plant based over 16 months ago. I did have lab work 3 months after being plant based last year, but this was the first examination since then. 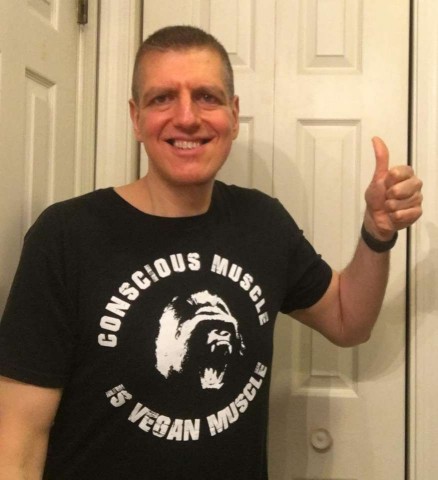 I always had anxiety about going to the doctors. But there was no need for anxiety today and in the back of my mind, I really was confident. I knew I was feeling great with so much energy, plus I workout 5 days a week.

The doctor said my cholesterol was amazing. He said last time around that it was the best he'd ever seen. Why people take cholesterol medication is beyond me... go plant based and get off the meds!

A misconception is that vegans are low in iron, once again, my blood work proved otherwise. My iron is perfect, exactly in the normal range. For those who keep hearing you can't get enough iron with meat, listen up. If you eat dark leafy greens with vitamin C, your body will absorb all the iron it needs.

What about calcium with a plant based diet? Also a non-issue. My calcium is the same was last year, and in the normal range.

The only numbers that were off, which is completely understandable, were my white blood cell count, as I was fighting a cold that day. The doctor thought it was awesome how I recovered from the cold within two days! Go plants!

I didn't set out to find a doctor who is almost plant based himself, but it worked out that way. My doctor is a very healthy eater, and will only eat meat if it's served to him at a friend's house. He also never had any problems with the way I eat. I hear so many horror stories of some doctors that tell their patients to eat meat or dairy, so I realize how fortunate I am to have the doctor I have.

I could never imagine not eating the way I eat. I love the health benefits, but I became an ethical vegan after going plant based. Now, if someone were to suddenly say that meat is good for you, I still wouldn't consume it. But I don't have to worry, there's too many scientific evidence out there that shows the benefits of plant based eating and I feel like I'm living proof.

After the physical, I ran into a friend in a local store. He told me he found out he was type II diabetic and would need to go on meds. I could have went down that path... that could have been me. Instead, my doctor told me to keep going the direction I'm in... and I most likely will never have to worry about high blood pressure, heart disease or diabetes. Plant based eating really is the best way to feel your best!

Tweet
The Next Challenge... 7 Days Raw Food
The Last Time I Had An Egg McMuffin

10 Myths of Plant Based Eating

3 Tips to maintain your waist size over Christmas

80% of U.S. Pre-Packaged foods BANNED in other countries?