Eating Healthy Without Even Knowing It 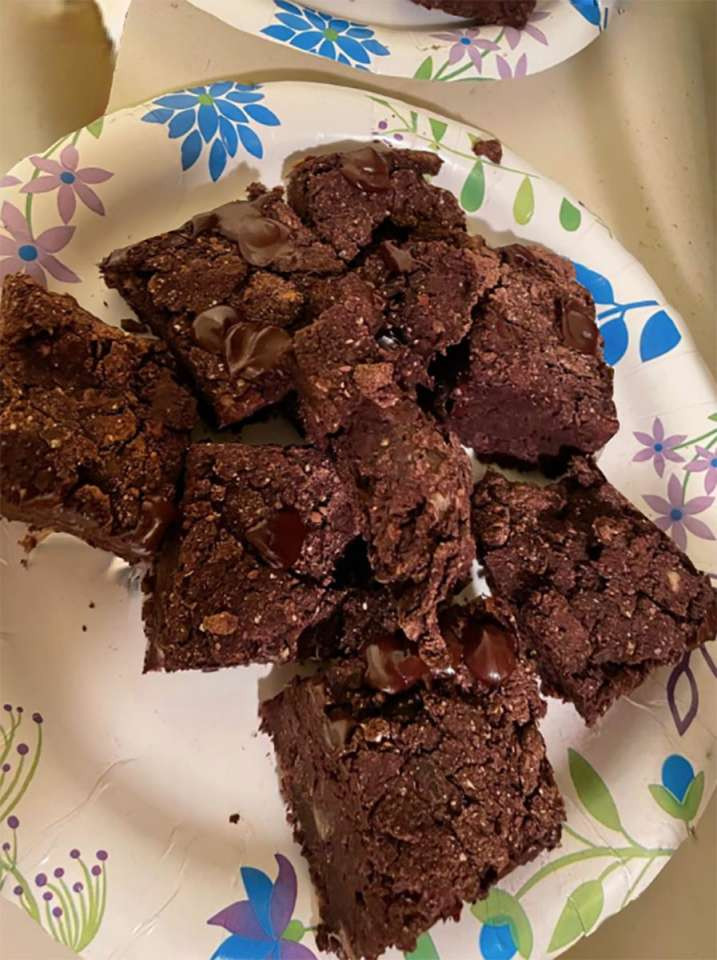 Recently, I made some black bean brownies at work. This was from a recipe I got from the Physician’s Committee For Responsible Medicine website. I had heard Chuck Carroll, host of one of my favorite podcasts, Exam Room, brag how good these were and thought they would be perfect for work. I typically make some kind of holiday dessert for work each holiday season.

They were really easy to make. The only thing I substituted was the raspberry jam, as I only had a guava jelly available. The guava jelly was unsweetened. I quickly mixed the ingredients, baked them in the oven and had everything done and cleaned up within an hour. I don’t waste any time!

After cutting the brownies, I tried a sample. Wow, these really are awesome, Chuck was right! No one would ever know there were black beans in there!

So I brought the brownies to work. I didn’t say that they were healthy brownies unless they asked. People were absolutely amazed how healthy desserts can taste! In fact, two people asked me for the recipe.

Here’s how much a success the brownies were... a co-worker was fighting over the last piece (she ended up getting the last piece). Oh well, I’ll have to make some more, maybe this time I’ll eat more of them! :)

More posts from author
Sunday, April 24, 2022 An Update On My Knee Which is Now “Healed”
Saturday, January 29, 2022 High Cholesterol Can Be Reversed Without Meds
Saturday, January 08, 2022 10 Years Since My Life Changing Physical
Comment for this post has been locked by admin.