To All The Smokers: Quit Smoking Already! 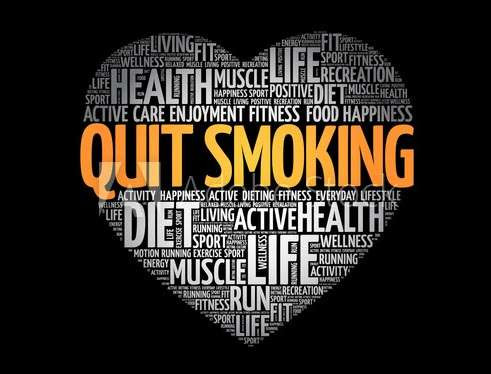 Smokers have known about the threat of having lung cancer. That didn't scare them into quitting. Then there's breathing problems, developing COPD and other breathing conditions. Possibly developing heart disease, strokes, etc. Now there's a new threat. COVID19 patients are more likely to die if they are smokers.

In Italy, they say more men than women died of COVID19. They also say that the majority of the victims were smokers. This is a time to take our health seriously and not live on the edge in case we come in contact with COVID19.

The smoking rate has steadily dropped in this country but there are still way too many smokers out there. Just the other day, when I was social distancing while walking with my dog, I saw a young dad outside while his son was playing. The dad was smoking. It made me think of my youth, being around parents who smoked. I hated being around them when they lit up. Years ago, the knowledge wasn't out there about smoking as much as it is today, It was more common for parents to smoke around their kids. But what kind of message is this dad sending to his son in today's world?

The son may look up to his dad, want to emulate his behaviors sometime. This might give him the idea that smoking is OK if his dad does it. It wasn't just this one sighting, I had to do some social distance shopping and saw some other fairly young people smoking. I notice because I purposely walk a mile away from them to not breathe in the second hand smoke.

If you are a smoker and not worried about lung disease, you better start rethinking your habits amid COVID19. People are walking around the store parking lots with their masks on, then you have the smokers who are exposing their faces to the possible virus, just to light up. To me, this is a total disregard to health.

I've never been a smoker but I know from what others say that it's tough to quit. But isn't it worth it? I'm sure quitting will be far easier than contracting COVID19. We are all worried about our breathing and being put on ventilators. Imagine how much worse it is for a smoker.

Now's the time to quit to all you smokers out there. People are trying to improve their health in other ways during this time too. I know people who are trying to eat less meat, cut down on processed foods, cooking at home. The smokers need to wake up!

Tweet
Plant Based Eating: Everything you need to know wi...
Maintaining Your Weight During COVID-19 Outbreak