It's Official, I'm Signed Up For A Half Marathon 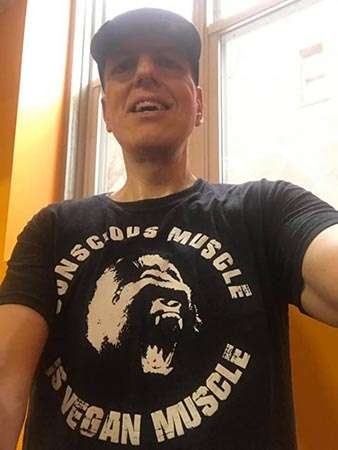 As many of you probably know, I've been blogging about doing a half marathon this year. A few weeks ago, I finally signed up for the half marathon in Fairfield, CT on June 2nd.

I am excited about doing it, although I haven't yet did a run for 13 miles. The furthest I've ever run was last year, when I did a 10K at the Litchfield Hills Road Race. For that race, I came in at like 1:17. I always strive better but I was happy with this time, considering it was my first 10K.

I took a break from running after the race last year, wanting to focus on muscle building. But I got the fever again. I wanted to run. I was also part of the Missing Chins Run Club, a secret Facebook group with some awesome inspirational plant based runners in it, including Josh LaJaunie, who started the group. Josh lost 200 pounds by running and switching to a plant based diet.

After reading all the success stories, and knowing that I do love to run, I decided I wanted to try a half marathon. I have been training for the past few months. I am now doing 5.5 mile runs outside, hoping to increase the mileage tomorrow. I am going up in crements until I reach 12 miles before the half marathon.

I'm getting decent speeds. For example, today on the treadmill, I ran for a half an hour and did nearly 4 miles in that time. I was getting soaked with sweat but it felt good to achieve the speed. I just don't know if I can sustain such a speed outside for 13 miles. We shall see!

My time outside last week was probably 8-10 minutes per mile. My goal is to do the half marathon at under 2 hours if possible.

The half marathon means a lot to me. I feel like I have something to prove where I live... that vegan runners not only survive, but thrive!

Tweet
The NYC Eat Well Stay Well One Day Immersion
How To Be A Healthy Vegan - An Interview With Dr. ...